Nationals go from strength to strength

The 2016 National Championships hosted by the Province of Warwickshire was the biggest yet. Whether it was the low entry fee, a move in the right direct, or the central location does not matter because 165 entries from 18 Provinces made this the most successful competition held. We welcome the Provinces of Oxford and Leicester & Rutland, both new to our championships.

The Wedgnock shooting ground increased the layout to 15 stands to cope with the larger entry and considering it is the first major event they have hosted all went exceedingly well. The 15 stands provided some very testing targets. Some said too hard but it is after all a National Championship.

Needless to say with the large entry it proved difficult to produce the scores quickly but Roger Wilkes from East Kent did a sterling job to produce the results. West Lancashire did not fare as well as we hoped. Fortunately one of our guests Mervyn Moylan won the Guest High Gun with a magnificent score of 88.

Our best Masonic Shooter was once again Jason Rhodes who after a terrible start ended up with 82 unfortunately we only had two scores of 71 (Ian Heyes) and 70 (Jason Coxhead ) to back him up. The National Masonic Championship was won by Surrey scoring 237 with Metropolitan Grand Lodge 2nd with 231. Believe it or not we only made 3rd place with 223 by 1 target as Middlesex scored 222 to come 4th.

The Ladies title was taken by Charlotte Brereton, now shooting for Suffolk, with a score of 64, which helped Suffolk to win the Ladies Team Cup with a combined score of 143. Mum Lisa and Sharon Rudd made up the three ladies in the team. Junior High Gun was Tom Hemmings from Bristol with 62 and John Perrin from Met GL won the Veteran High Gun with 77.

West Lancashire entries did well and enjoyed themselves but we need a couple more able to score in the 80’s to consistently challenge for the trophy.

The second meeting of the New Association took place on 2nd June at the Masonic Hall Bristol when the by-Laws for the Association were agreed. These will be put before the First General Meeting, to be held in February 2016, to have them ratified.
The Sub Committee also discussed the application form for the National Championships and expressed concern at the rising cost of entry.
Thanks to the Province of Bristol for hosting the meeting

Ten Masonic Provinces were represented at an historic meeting held at Freemasons Hall on 19th February. They met to discuss, and agree, the formation of a National Association of Masonic Clay Shooting Societies.

The committee is to be chaired by Brian Saidman (MetGL) with Mike Casey (West Lancashire) as Vice Chair. Roger Wilkes (East Kent) is to be Secretary and Cliff Jones (Hertfordshire) will be Treasurer They would present the finalised By-laws and a document outlining the conditions for hosting the National Championships to the other Provinces at the earliest opportunity. The formation of this new Society should put Masonic Clay Shooting on a firm footing for future years.

The Provinces represented were: 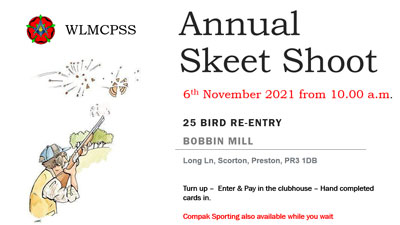 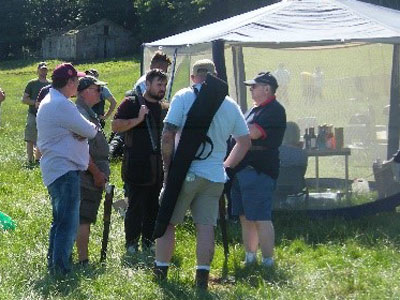 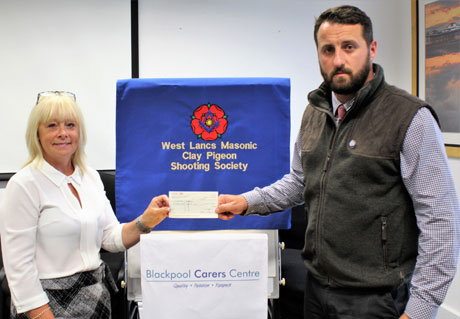